A little darkening of margins with a few small tears but the central image remains vivid.

Known to be engraved by François Xavier Habermann.

The vues d'optiques were perspective views developed in France in the second half of the eighteenth into the nineteenth centuries, although this example was produced in Augsburg. They were characterised by strong horizontal lines and the use bright hand colouring. They were designed to be imaged through a zograscope, a mirrored viewer with a lens, hence the use of mirror writing in the titles. In general those of the New World did not provide accurate representations of the locations portrayed, which tended to based on European cities familiar to the artists. This example illustrates the Great Fire of New York of the 20-21 September 1776, which destroyed the west side of the city. It occurred just after British forces had entered the city after defeating the defending American armies. Although the British forces of occupation conducted an enquiry, the cause of the fire was never established. The artist has portrayed scenes of violence, rape and looting as well as American fire-fighters with buckets of water being attacked by British soldiers. Ironically one of the figures in the central scene of combat shows what is apparently an American attacking a civilian on the ground, coloured blue instead of red, like the rest of the group. This engraving is known to be the work of François Xavier Habermann (1721-96), draughtsman, sculptor and engraver, born in Poland, who worked in Augsburg. 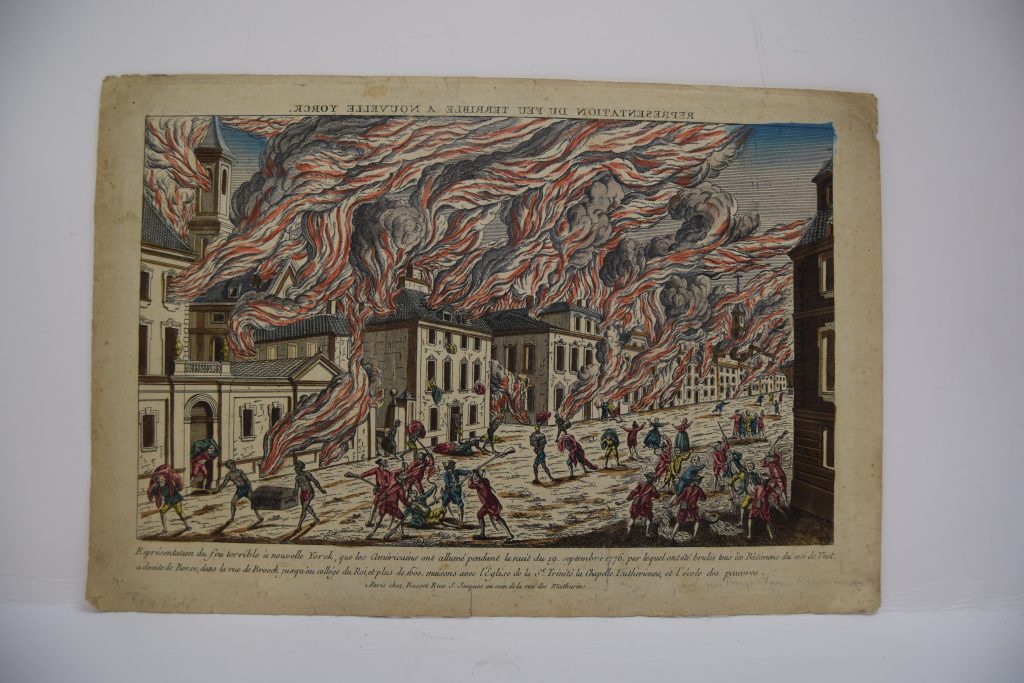