Known to be engraved by François Xavier Habermann.

The vues d'optiques were perspective views developed in France in the second half of the eighteenth into the nineteenth centuries, although this example was produced in Augsburg. They were characterised by strong horizontal lines and the use bright hand colouring. They were designed to be imaged through a zograscope, a mirrored viewer with a lens, hence the use of mirror writing in the titles. In general those of the New World did not provide accurate representations of the locations portrayed, which tended to based on European cities familiar to the artists. This example illustrates the inhabitants of New York attacking and pulling down the statue of King George III at Bowling Green, New York. It had been erected six years previously, with one of William Pitt, to mark the repeal of the Stamp Act. The statue, shown here, like the buildings is imaginary. The actual statue was an equestrian one made of lead. It was used to mould bullets, although parts of it were preserved. This example has no imprint details but a similar one in the collections of the Musée du Nouveau Monde at La Rochelle is known to have been issued in Augsburg. This engraving is known to be the work of François Xavier Habermann (1721-96), draughtsman, sculptor and engraver, born in Poland, who worked in Augsburg. 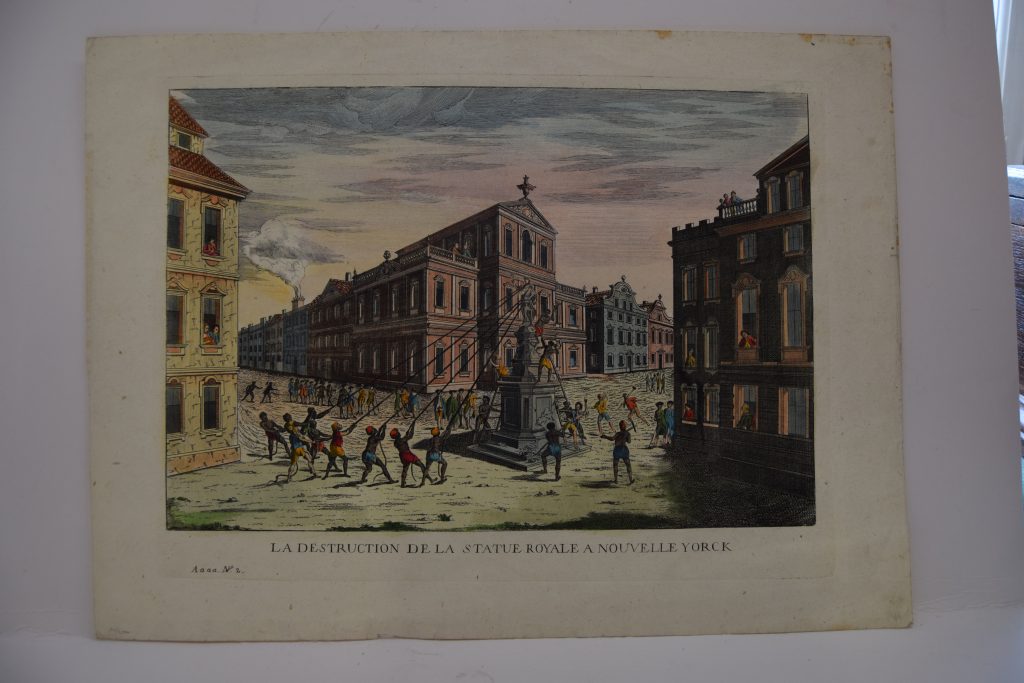