Hand-Coloured plate from 'Illustrations of British Ornithology' published in nineteen parts between 1821 - 1833. Great auks were native to the Arctic and sub-Arctic, and became extinct in 1844. On July 3, 1844, fishermen killed the last confirmed pair of great auks at Eldey Island, Iceland. The great auk, was a large flightless bird native to the North Atlantic. It once had a population in the millions.
222 plates, etched by Selby, were produced based on specimens and reproduced in life-size illustrations.
In 1826 Selby worked with Audubon in Edinburgh who was producing 'Birds of America' during the same period of time, and his prints were the largest of the period until the publication of Audubon's classic work.
'Selby's bird figures were the most accurate delineations of British birds to that date, and the liveliest. After so many books with small, stiff bird portraits, this new atlas with its life-size figures and more relaxed drawing was a great achievement in the long history of bird illustration.' (C. Jackson 'Bird Etchings' p122)BM(NH) IV, p. 1896; cf. Fine Bird Books (1990) p.141; Mullens & Swann p. 519; Nissen IVB 853; cf. Wood pp. 561-562; cf. Zimmer pp. 571-572, cf. C. Jackson, Bird Etchings, 1985. 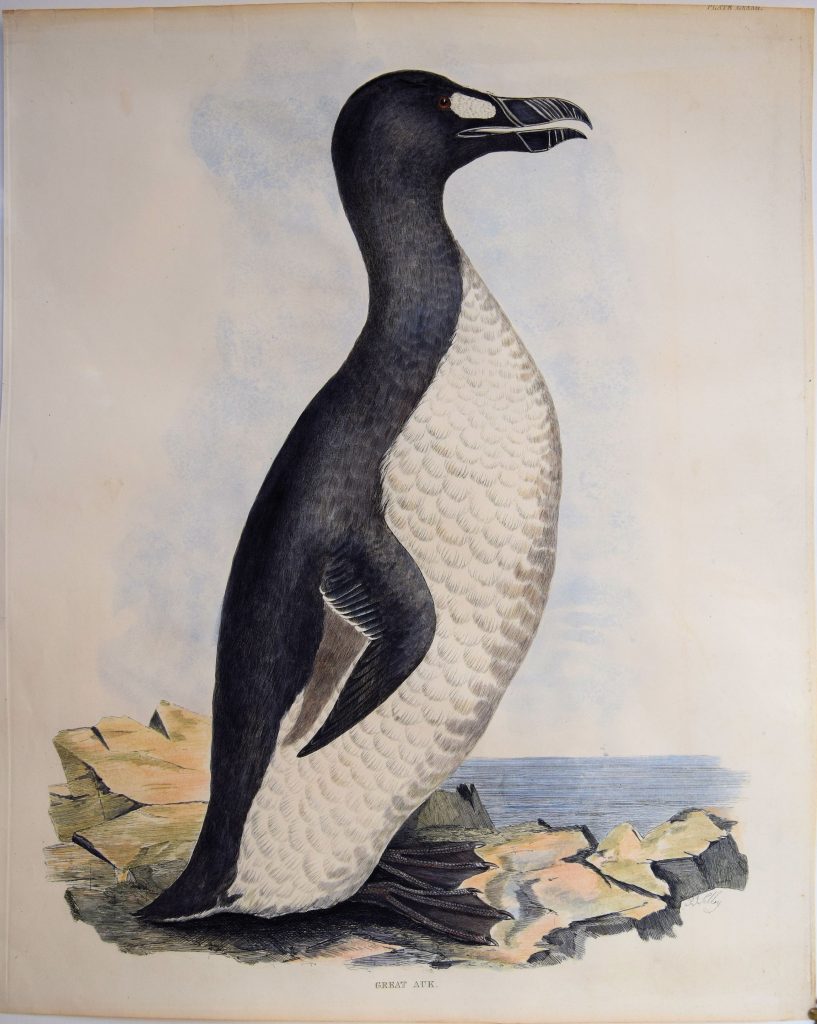