Four large folding engraved maps, each sheet 20.5 x 24 inches, which when joined complete a map of 41 x 48 inches with large margins. Printed on heavy laid paper which combine to form a single large wall map of India with contemporary hand-colour in outline. A fine example, traces of old folds, otherwise free from foxing or other blemish.

The importance of this map is that until its publication there was no complete outline of the sub continent and its physical features in relation to each other. It was still another century before Queen Victoria would set her eyes eastward, and Rennell's explorations and accounts helped to fill that gap in time. Rennell combined data from British Army columns with Ain-e-Akbari (1598), a translation of Islamic geography of the empire which helped him acquire information about old divisions (he therefore subdivided the country according to the Mughal provinces of 'subas').

Rennell was an extraordinary man, having gone to sea as a midshipman at the age of fourteen. After a swashbuckling career he joined the East India Company, where his rare talent for cartography was quickly recognised, and by the time he was twenty-four in 1767, he was appointed the Surveyor-General of the East India Company's dominions in Bengal by the Governor of Bengal and Bihar, Lord Robert Clive. He has been dubbed 'The Father of Indian Surveying' and was so highly regarded at the end of his career, he was laid to rest in Westminster Abbey.

The publication of this map enabled the East India Company to have a vision of the whole of India as an aim rather than the previous local spheres of influence.

The map was first published in 1783 in England and this French edition followed soon after. 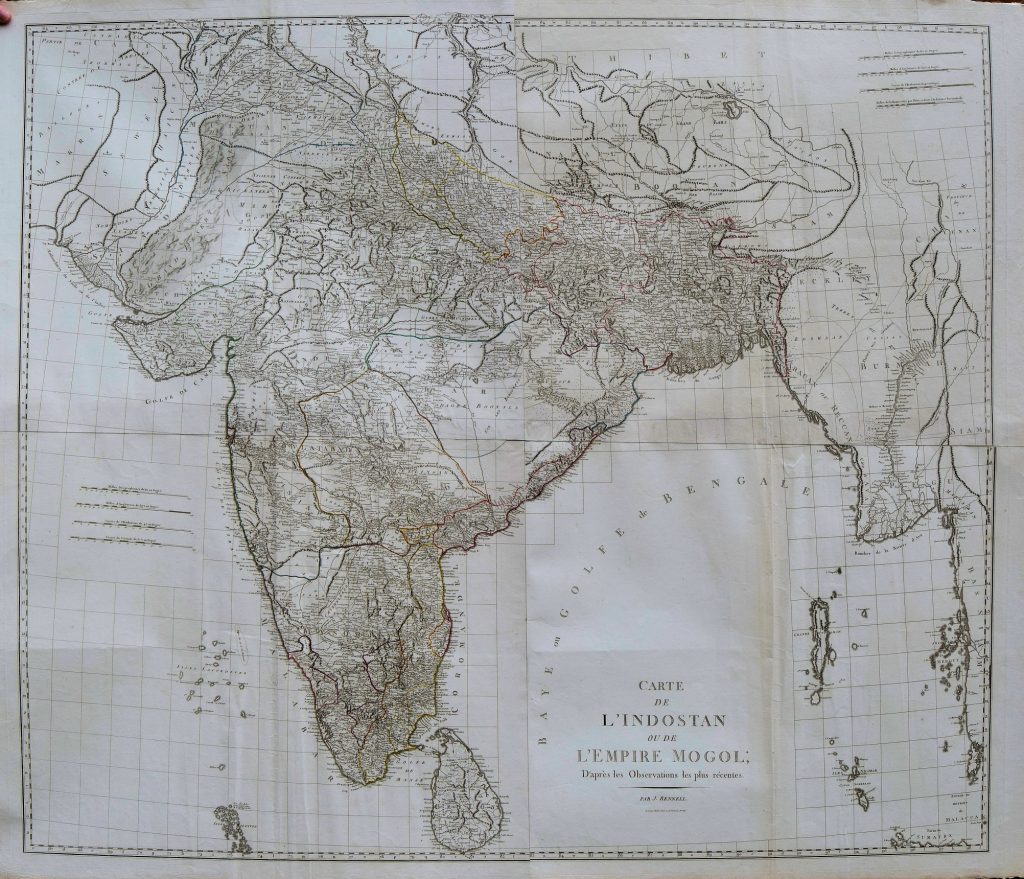