Large lithograph, uncoloured as issued. Image area 10 x 15 inches with wide margins. A fine example Published in Hullmandel's outstanding lithographic work 'Britannia Delineata' This magnificent view book was the first of a series which was proposed to illustrate every county. Despite the book's merit the cost was too high and the publication was a failure; only Kent was ever produced and few copies were printed. This scene depicts the idyllic moated Castle which at this time was mostly being used as a farmhouse and grain store. The Castle was later restored in the 20th Century and is now a magnificent country house. 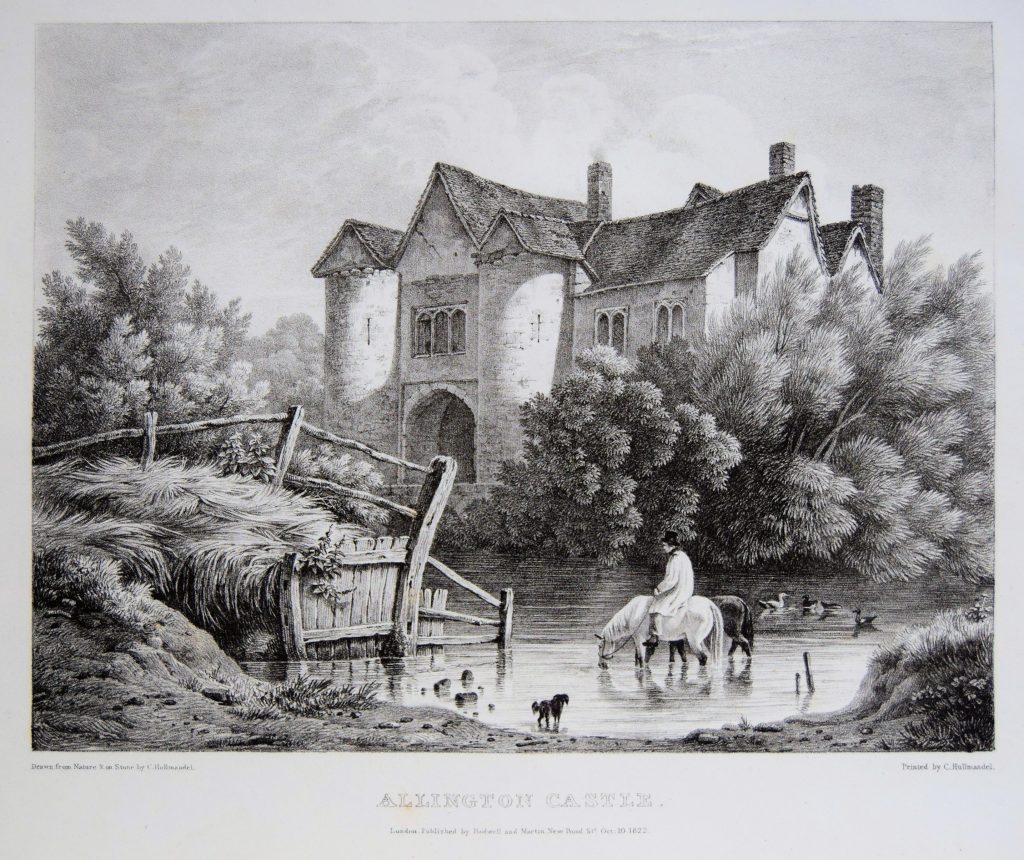