With Essex In Ireland.

Being extracts from a journal kept in ireland during the year 1599 by mr henry harvey, sometime secretary to robert devereux, earl of essex. with a preface by oliver maddox, m.a. edited by the honourable emily lawless. new edition in one volume.

8vo. 5.5 x 8.75 inches. 8 + 300 pp. + [40] pp. publisher's catalogue. Bound in original maroon cloth, gilt. Deckled edges. Some sunning and a little staining of boards and scattered foxing, but otherwise a very good copy. 1906 inscription on second free endpaper. Illustrated by folding map in red and black. A work of historical and biographical fiction, purporting to be the diary of Henry Harvey, Secretary to Queen Elizabeth's former favourite, Robert Devereux, 2nd Earl of Essex (1565-1601), the Lord Lieutenant of Ireland. The narrative relates his unsuccessful military campaign in Ireland in 1599. Following his failures in combat against the rebel Earl of Tyrone, with whom he concluded a truce, and his premature and unauthorised return to England, Essex fell into disfavour. After a trial he was deprived of public office. In 1601 he led what was regarded as an armed rebellion in London, was again tried, found guilty of treason, and executed. This historical novel uses an early example of the 'unreliable narrator' technique, in which the credibility of the narrator is compromised. Emily Lawless (1845-1913) was an Irish poet and historian, later resident in England. The first edition was published in 1890. 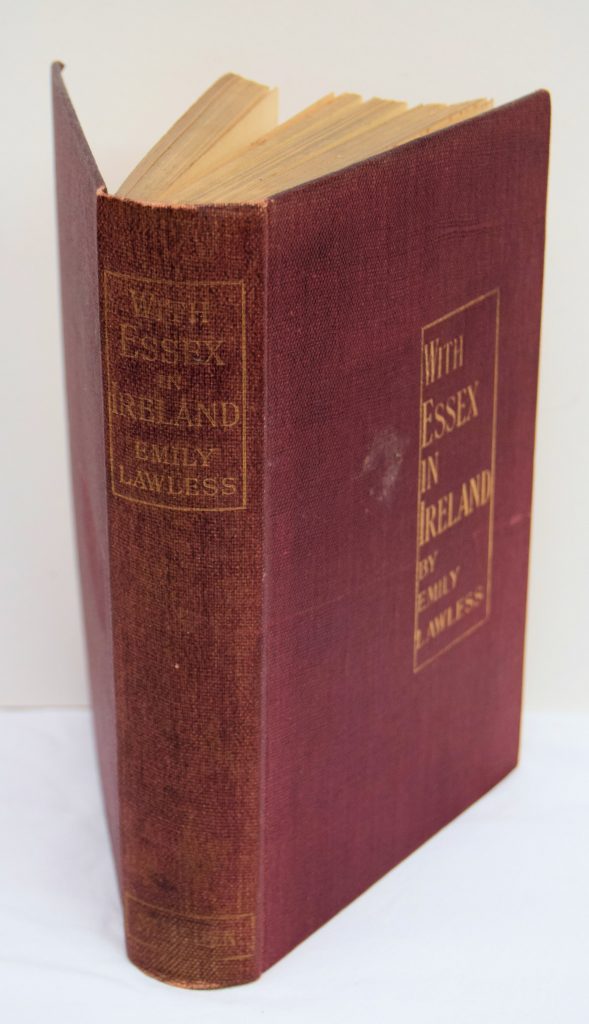