The Distressed Situation Of The Quebec And The Surveillante A French Ship Of War. 6th Of October 1779.

In memory of the much lamented tho' glorious death of capt'n farmer, who when he had silenced his enemy was blown up in his ship after an action of three hours and a half on the 6th. of october 1797. this representation is with great veneration dedicated to the officers of the royal navy, by their most obedient servant richard paton. beside this title engraved in english and french is a detailed description of the ships involved together with their armament, numbers of crew and a analysis of each vessel's casualties also in english and french.

Large 23 x 19.5 inches, 60 x 49 cm. to plate mark. Hand-coloured copper engraving. The view was Engraved by James Fittler (1758-1835) and Daniel Lerpiniere (1745-85). A fine impression, in full original hand-colouring, one old marginal tear repaired not effecting the image otherwise a fine example with good margins. A Naval action in the American War of Independence, a fine engraving of a painting by Richard Paton (1717-91) of the three and a half hour long naval battle of 6 October 1779 which was fought off Ushant between HMS Quebec, under the command of Captain George Farmer, and the Surveillante, under the command of Captain Cou?dic de Kergoaler. The Quebec caught fire and exploded, and the British crew were rescued by the French. Captain George Farmer (b.1732) died in the battle. 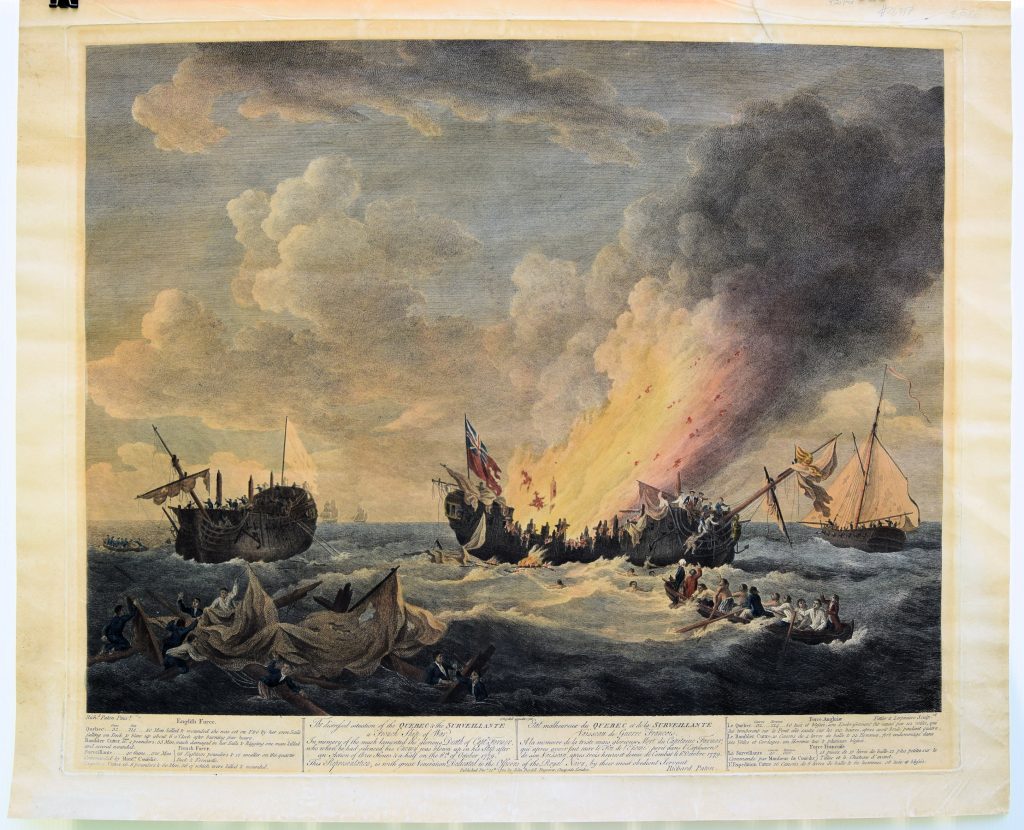