The Coast Blockade. The Royal Navy’s War On Smuggling In Kent And Sussex 1817-31.

8vo. 9.25 x 6.25 inches. viii + 200 pp. In pictorial card wrapper. Minor wear to extremities, but otherwise a very good copy. Illustrated by double page map and by photographs, drawings, plans, diagrams and facsimiles in text. After the end of the Napoleonic war, a Royal Naval captain stationed a night cordon of armed seamen and marines along the beaches of the Deal area. In 1817, the Admiralty, fearing a return to the smuggling heyday of thirty years previously. expanded this surveillance innovation two hundred miles along the coast from Sheerness to Chichester. The Royal Naval Coast Blockade Service, manned by 3,000 officers and men became a regular command within the Navy and was involved in one of the bloodiest campaigns in two centuries of smuggling. The author himself served on Customs cutters in his early career with the Customs and Excise service. 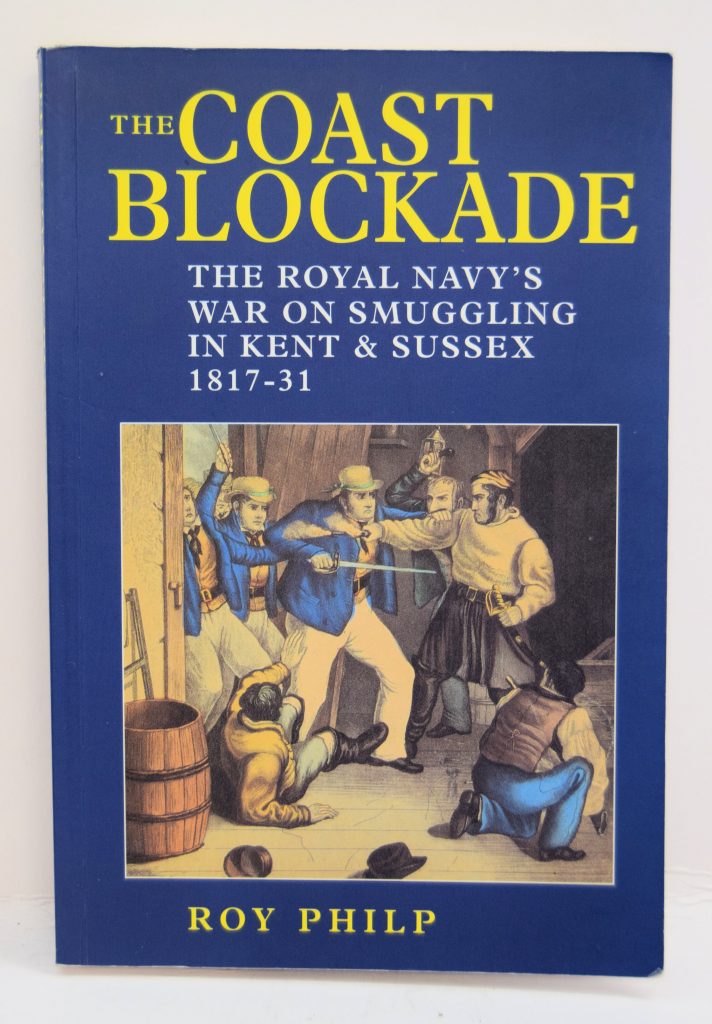