Large lithograph, uncoloured as issued. Image area 10 x 15 inches with wide margins. Published in Hullmandel's outstanding lithographic work 'Britannia Delineata' This magnificent view book was the first of a series which was proposed to illustrate every county. Despite the book's merit the cost was too high and the publication was a failure; only Kent was ever produced and few copies were printed. This scene depicts Shakespeare Cliff with its old fishermen's pier and hovels on the beach, together with a collection of kreels and lobster pots littering the beach. Small fishing boats are pulled up above the water line, while teams of fishermen returning from their haul pull their craft ashore and others depart. All of this would be swept away by the coming of the South Eastern Railway in the 1840s. 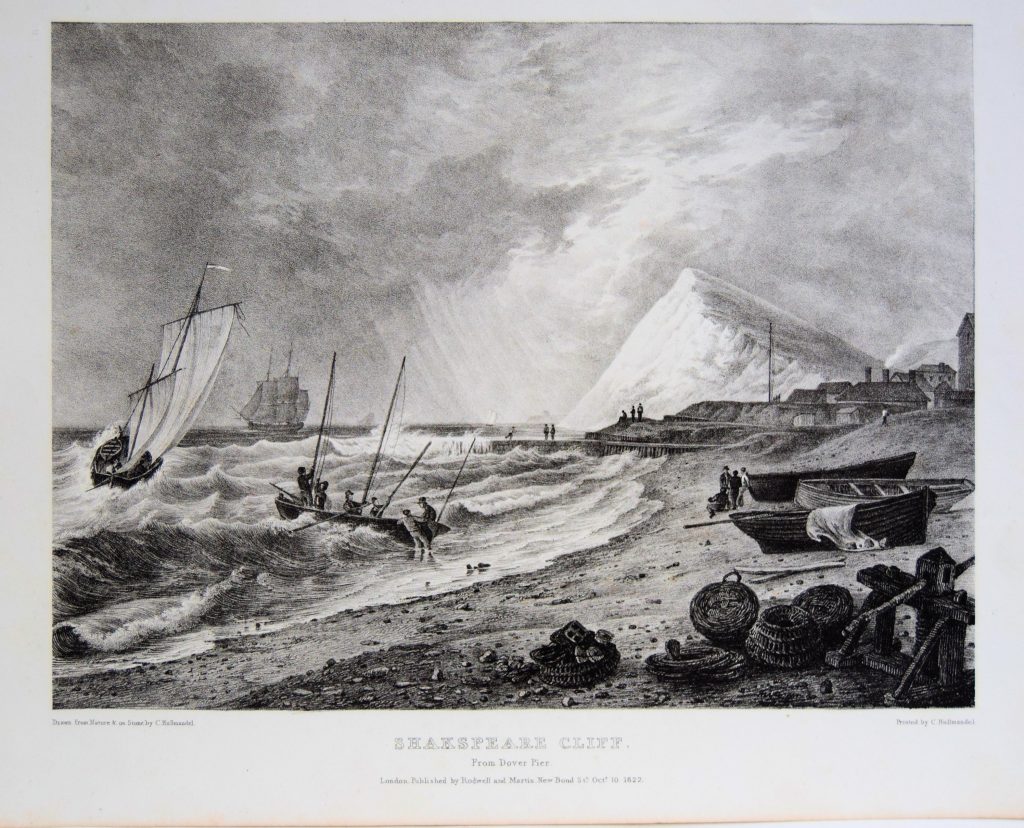