[ordnance Survey. One Inch Map Of Kent No.4].

25.5 x 37.5 inches. Engraved map dissected and laid on to linen, with some roads hand coloured. In blue marbled card wrappers. A little foxing, but otherwise a very good copy. Engraved at the Drawing Room in the Tower under the Direction of Coll. Mudge by Benjn. Baker and Assistants. The Writing by Ebenr. Bourne. Map showing the whole of Romney Marsh with the coastline from Folkestone to Rye, from the first edition Ordnance Survey of 1801 which had established itself as the pre-eminent map of the county. The map was reissued to indicate the course of the newly constructed Royal Military Canal and also shows the other fortifications constructed during the recently ended French Wars, including the Martello towers and the batteries at Dungeness point. Colonel William Mudge (1762-1820) was an artillery officer and a prime mover in the early work of the Ordnance Survey, which was still based at the Tower, when this map was published. 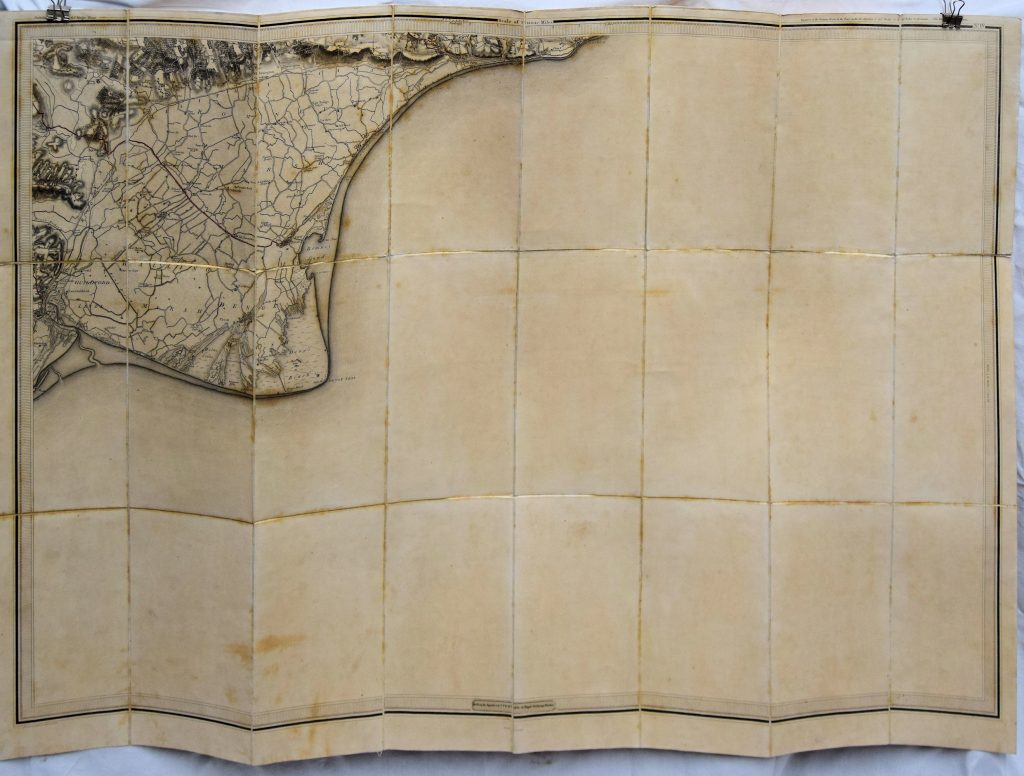