[contents list of articles included:] 1. romney marsh, an introductory address, by the bishop of dover. 2. an outline of the history of romney marsh, by robert furley. 3. the town and port of new romney, by edward bacheler walker. 4. lydd records, by henry stringer; 5.-9. the passion play and interludes at new romney; destroyed churches of new romney; the cinque port liberty of romney; romney, old and new; churches in romney marsh; all by w. a. scott robertson.

8vo. 8.75 x 6 inches. pp. 171-226 + 237-255 + 261-280 + 349-373 + 408-487. Bound in blue cloth, gilt. A very good copy. Later bookplate and ownership label of Edward Carpenter, Lydd. Illustrated by 4 plates, including one folding map, and by text figures. A collection of nine articles on the history of Romney Marsh, off printed from Archaeologia Cantiana, Volume 13, 1880, the Kent archaeological Society, holding its Annual Meeting on the subject of the Marsh in that year. Five of the articles are by William Archibald Scott Robertson (1836-1897), Honorary Canon of Canterbury Cathedral and historian of Kent, who held the offices of Secretary and Editor of the Society. The collection was especially bound (probably by Headley Brothers of Ashford) for Major Max Teichman Derville (d.1963), historian of Romney Marsh, around the late 1930s. The volume subsequently passed to Anne Roper and Edward Carpenter, later historians of the Marsh. 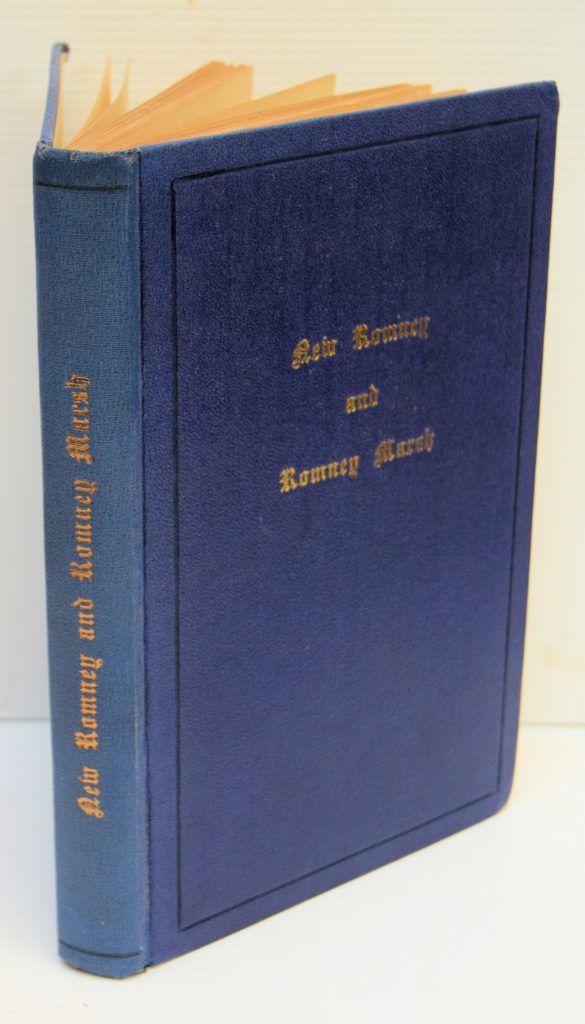