Colbran’s New Guide For Tunbridge Wells, Being A Full And Accurate Description Of The Wells And Its Neighbourhood, Within A Circuit Of Nearly Twenty Miles; Illustrated With Plates, Wood Engravings, Etc. Of Most Of The Principal Places,

Printed and Published by John Colbran. London: A. H. Bailey and Co., Cornhill.

12mo. 4.75 x 7 inches. xiv + 404 pp. + xi pp. list of Subscribers. p.117 is misnumbered 116. Illustrated by hand coloured engraved folding map dated 1842, 15 plates, including frontispiece and 2 folding and by wood engravings in the text. This is early edition of Colbran's New Guide For Tunbridge Wells has both the Advertisement and Preface dated January 1840 but a cancel title page of 1842 and a map of the same date. It is therefore a reissue not mentioned by Goulden, although in respect of the text is identical to Goulden 65. It also differs in being a bound version without the advertisements. According to Goulden, too many copies were normally printed of these guides, leading to a complicated sequence of cancels and reissues of the preliminaries of the 1839-40 editions, this 1842 version being a hitherto unrecorded variant. John Colbran (1809-84) was a former apprentice of John Clifford, the other important publisher of Tunbridge Wells guidebooks in the first half of the nineteenth century. Colbran employed James Phippen (1795?-1862), who had written guides for several other Kent towns, to edit his guidebook. 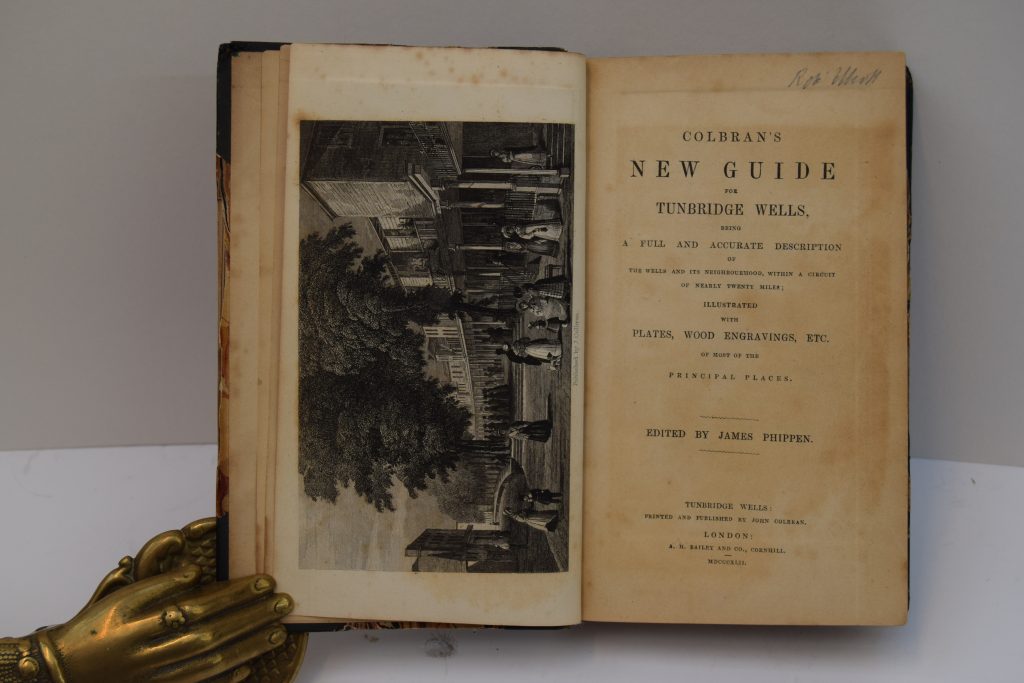